Writing Non-Fiction? Are you Realistic?

When I submitted my first book for publishing, publishing houses were still viable. I was brave and submitted a manuscript. The returned message was discouraging as it is for most.  I was told I would do better with a platform.

But that doesn't mean the person without a platform doesn't have something meaningful to communicate.

The response I got that day also urged me to try article publishing first. I made queries mostly to no avail, and then got a gig with a web content company. To date, I have over 400 purchased articles published in a 10-year period. This is my anniversary of getting my paid writing career off the ground!

I don't believe in writers pursuing self-publishing with companies that make you pay to have your book published. Too many friends of mine have ended up with stacks of books in their garages. They have no idea how to sell them.

I do believe in Kindle Direct Publishing by Amazon (KDP). I have had good success with it.

Editing or Proofreading for the ESL EAL Market

There is a writing, proofreading and editing market for the EAL and ESL sector.

Many people need help with written work here in Canada and the USA.  The work can range from a newcomer needing to fill out government forms to an engineer writing a report. It might include a university professor submitting a scientific journal or a student submitting a paper.

Some people I've helped with their written work have included:


I offer my services virtually.  I don't ever have to meet a client face-to-face, but I can if necessary.

If you are a writer and want to help out this market try these methods:

If you want to do this type of work, set boundaries. For instance, it won't help a student if you significantly change their writing. Their professor or potential employer needs to see a true representation of their abilities through their writing.

Use the Right Style Guide

Be careful to ask if there is a specific style guide you're to follow eg. APA, ALA, CMOS, or other. Scientific writing is much different than writing for the arts.

Decide how you will do this work. When I started, I worked in person with one client.

Another author brought a thumb drive to my house and picked up the changes a few days later.

Then I began email exchanges with clients.

How to Do it

I always edit in MS Word with track changes on. I send back a marked-up and a final copy. I allow one revision in the price quotation.

I have found I need to charge more for most ESL/EAL writing when the grammar is extremely choppy. It takes time for me to understand what is being communicated. That is more time consuming than simple editing. It is about making the writing make sense.

I usually back the work and then forward an invoice to be paid through PayPal.

I had one student who wanted to ignore the invoice and when she did pay it, complained about having to pay the Paypal service fee. In the future, I may only return half a document until it is fully paid.

If you have an idea of how to do this more effectively, perhaps with a document download prevention program until payment arrives, that would be ideal.

Editing and Proofreading Help for the ESL/EAL Student

I live in Southern, Ontario, Canada but I can edit your ESL/EAL work, in most cases, no matter where you live!

If you need proofreading or editing of your project, let me know how I can help at this email, or visit my website at www.RosalieGarde.com for further information. 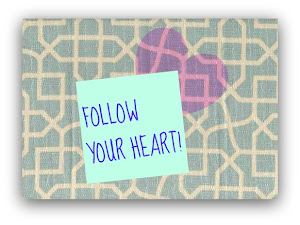